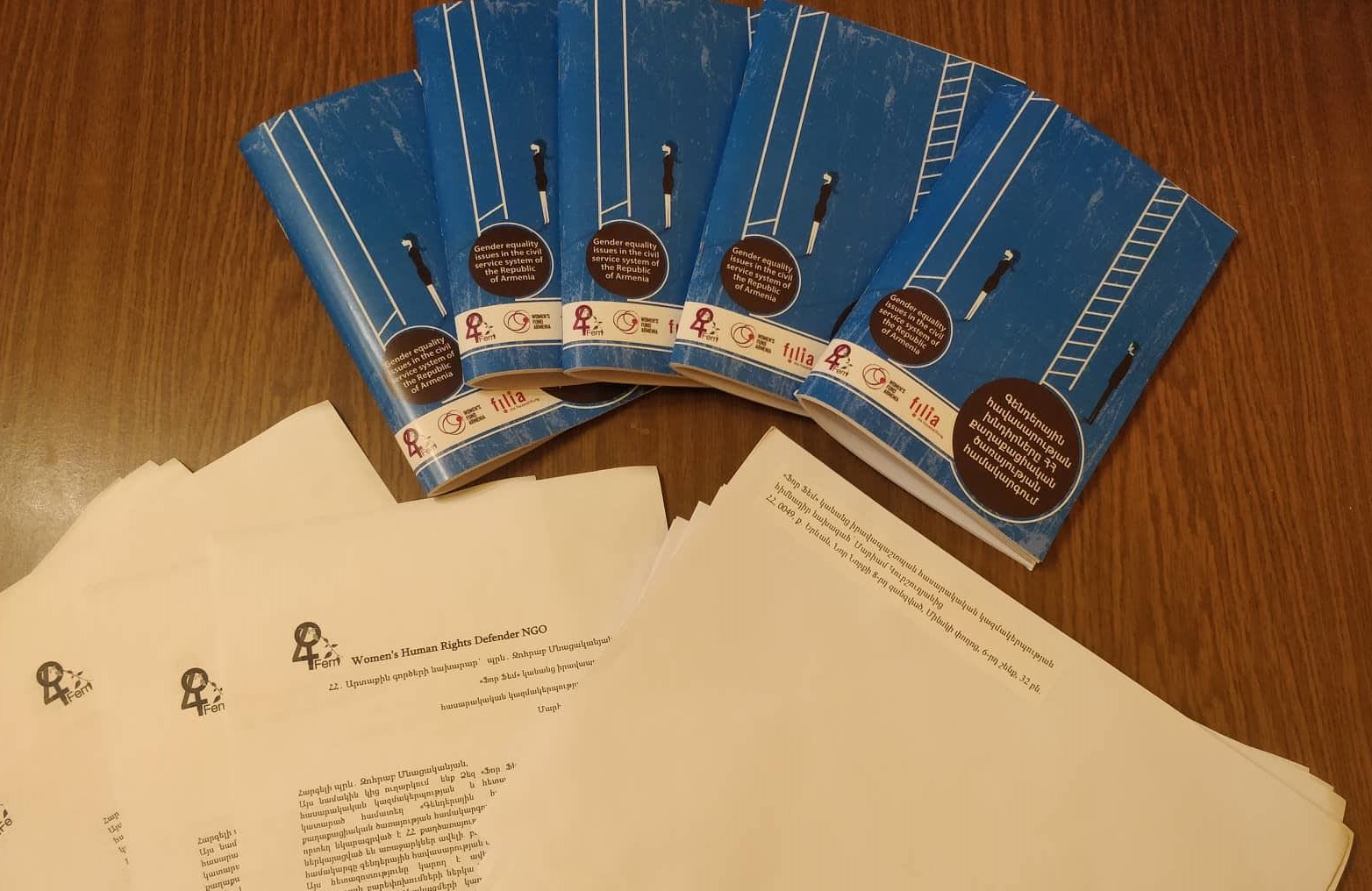 The research “Gender Equality Issues in the Civil Service System of the Republic of Armenia” was sent to the Governing bodies of the country with proper suggestions on the issue.

On March 15, 2019 “For Fem” Women’s Human Rights Defender NGO’s research epigraphed “Gender equality issues in the civil service system of the Republic of Armenia” was sent to:

1.The prime minister of the Republic of Armenia, Mr. Nikol Pashinyan

2.The vice prime minister of the Republic of Armenia, Mr. Tigran Avinyan

3.The Minister of Labor and Social Affairs, Mrs. Zaruhi Batoyan

9.The Minister of Education and Science, Mr. Arayik Harutyunyan

11.The Minister of Economic Development and Investments, Mr. Tigran Khachatryan

This research represents the situaton in civil service, also gives suggestions about the improvememt of civil service system from the perspectives of gender equality and sensitivity.

In the current situation of civil service system reforms, this research can be more useful for chief secretaries, head and employees of management departments, and  for civil service workers of your personnel in general.

Getting familiar with the results of the research will help them to plan and organize their activity more effectively.

We hope, that the new government will show a political will for having a gender equality policy and will consider the demonstrations of discrimination as system problems, which must be solved.

In our research directed to the solution of those problems, we represent necessary offers, and we hope,  that they will find a place in the formation of RA gender equality policies.

The research is also available in our website with the following link: http://4femrights.org/publication/․